All the latest news and events concerning Media Management Europe are available on this page.

Feel invited to familiarize with them.

The collecting society VG Media which represents more than 70 TV channels in German and internationally has received a favorable ruling from Spain’s Highest Court (Tribunal Supremo) in its case against “Sol Melia” hotel chain.

The judgement centered around a hotel’s obligation to license a broadcasters’ signals for retransmission (rebroadcast) in guest rooms. The judgement which is final states:

•             prohibits the hotel chain from continuing to retransmit program signals without a valid license;

Since cable retransmission is harmonized within EU, this judgment will have an impact on hotels in all EU member states.

German commercial broadcaster Mediengruppe RTL Deutschland has achieved victory in a year-long trial against Spanish hotel group NH for the illegal redistribution of its TV channels in hotel rooms.

The court of appeals in Alicante recently ruled on appeal that the use of the TV channels in hotel rooms without their consent is illegal and required the hotel chain, one of the largest in Spain, to cease the practice and pay damages.

The verdict is valid as a matter of law. The decision sets the tone for legal assessments of the use of TV signals in Spain, according to RTL.

“We expressly welcome this definitive ruling by the appeals court in Alicante. It finally makes it clear that hotels are not at liberty to use even free-TV signals received from TV broadcasters in their rooms,” said Stefan Sporn, Senior Vice President International Distribution of RTL International.

“It is important to understand that the Spanish decision and the decision by the European Court of Justice in ‘Hettegger/Edelweiss’ are not contradictory,” added Sporn. “In a preliminary ruling, the ECJ was only called upon to decide the question of whether there was a ‘communication to the public against payment of an entrance fee’. It made no determination as to whether it in fact does constitute a ‘retransmission’ subject to approval, as the appeals court has now done.”

RTL International is the subsidiary of Mediengruppe RTL Deutschland responsible for licensing the free-TV channels of the media group and of other TV broadcasters to platforms operators (cable, IP, OTT) as well as to hotels and cruise ships.

On 11th and 12th of June at the Hotel Puerta de América in Madrid MME participated in RTVE Showcase during which the main, new programming offer of this Spanish broadcaster was presented as well as the trends analyzed in the fields of production, distribution and consumption of audiovisual content.

Except for MME there was over 150 participants from the main radio and television companies and pay-television platforms from Europe, America and Asia. 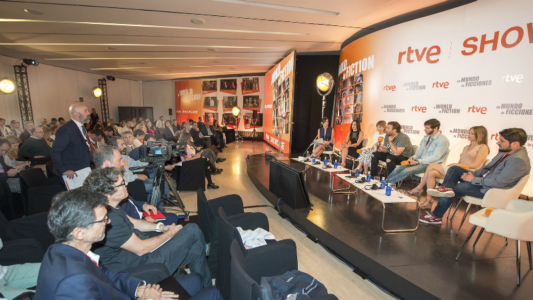 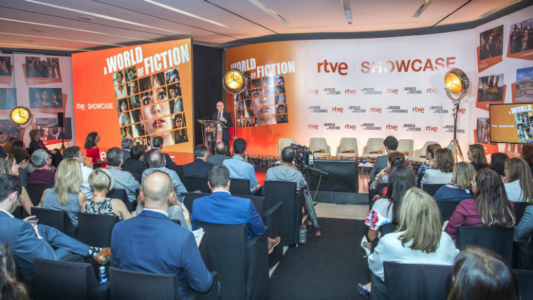 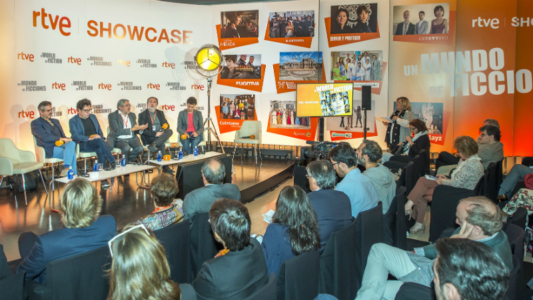 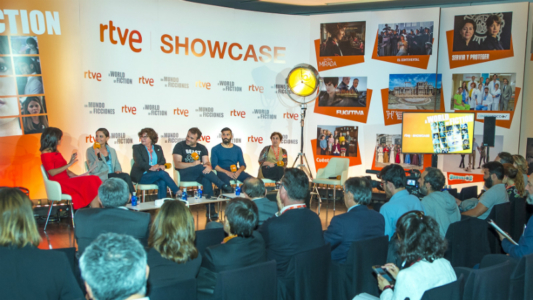 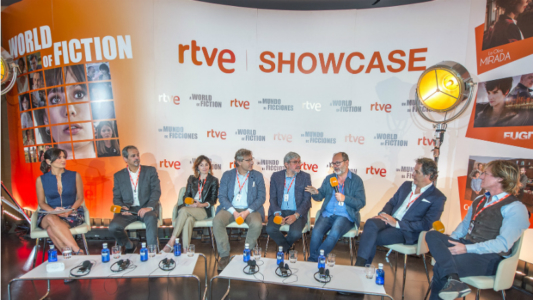 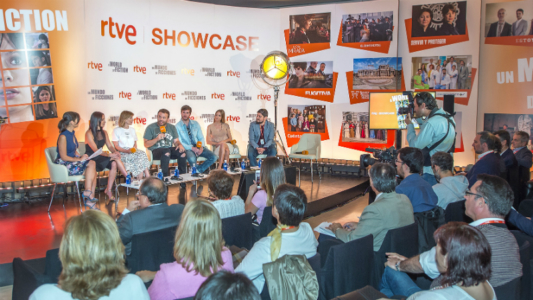 We are glad to inform that in December 2017 MME expanded its offer by Global Package dedicated to commercial clients located outside Europe.

In June 2018, the Global Package was extended with two Spanish channels, highly estimated by the viewers: news channel 24 Horas and TVE - the general interest channel.

Discover more about the Global Package >

Media Management Europe was a guest of BBC Worldwide Showcase 2018 which took place in Liverpool on February 18th – 21st.

Attended by over 700 international TV buyers and digital clients as well as some of the UK’s most successful producers. All participants of the event had access to thousands of hours of TV programming through 600 specially designed digi-booths.

The stars of this year's BBC Worldwide Showcase were, among others: Jodie Whittaker (Doctor Who), Idris Elba (Luther), Charlotte Riley (Press), Steve Coogan (Alan Partridge), Nicola Walker (The Split) and Karl Pilkington (Sick of It).

It's worth noting that BBC Worldwide Showcase is the world’s largest international television market hosted by a single distributor. 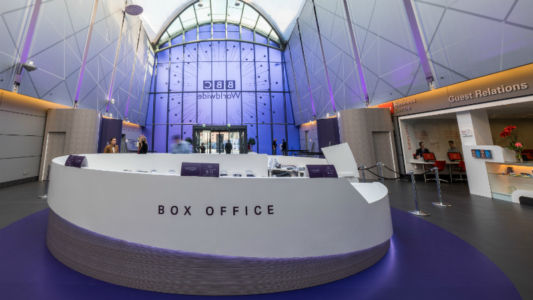 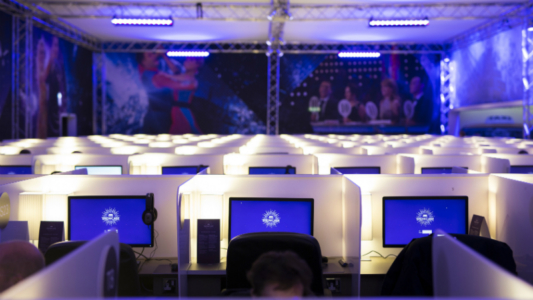 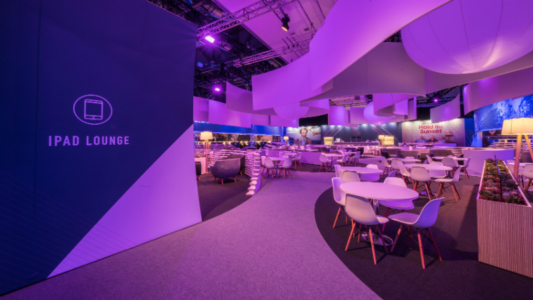 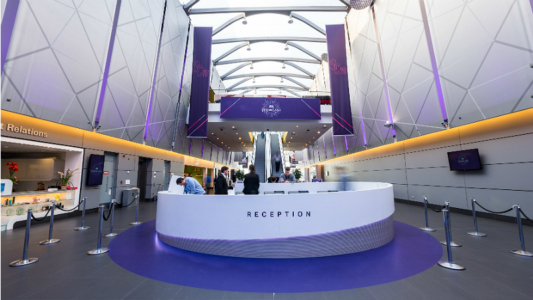 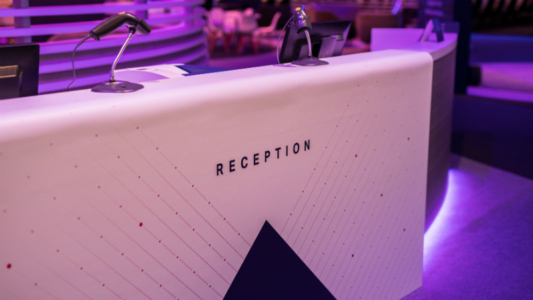 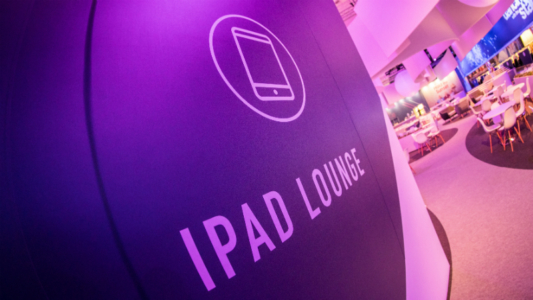 We are pleased to announce that on May 25th 2017 Media Management Europe extended its offer for hotels and commercial locations by new channels: Discovery Channel and TLC.

Both channels are dedicated to viewers open to the world, new experiences, addictive stories and unusual personalities.

The target group of TLC channel are women, for whom joining eveyday life with finding some time for themselves is a standard. More about TLC >

MME is pleased to announce as of January 2017 the opening of a branch office in the Czech Republic’s capital city of Prague. The office will provide the licensing and sale for retransmission of TV channels to CATV/IPTV/DTH operators, hotels and other commercial locations across the Czech Republic territory while insuring the rights of the broadcaster(s) intellectual property are protected.

PIKE provides an unique opportunity for meetings with cable operators and satellite platforms, exchanging experience, expanding knowledge, and establishing new business contacts. Broadcasters accompanying MME had the ability to personally get first-hand knowledge of the Polish television market, share ideas with the largest to smallest operators making direct presentations about their channels. 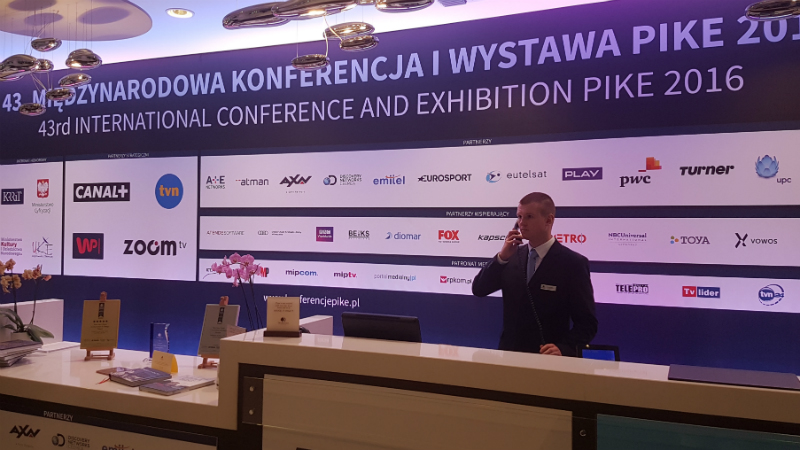 BBC World News now offers hotels the ability to participate in a new program: BBC World News Hotel Partnership. The program is dedicated to all hotels who offer BBC World News channel as a part of their guest room amenities via a valid license agreement.
After joining the program, your hotel's contact data is placed on website : www.bbcwwpartners.com/worldnews/travel-partners/hotels. This provides the hotel with international advertising which directs traffic to the hotel's website. Guests know they will be assured of having access to one if not the most widely known and respected worldwide news channel. The BBC Worldwide Partners website is promoted through on-air and online campaigns.
BBC World News is available in over 2 million hotel rooms, 182 cruise ships and 53 airlines around the world.
More information about BBC World News Hotel Partnership >

Partnership with Rai Com S.p. A. for channel distribution in Poland 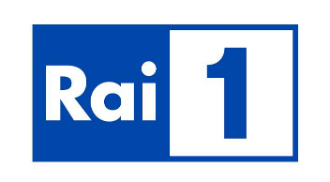 TNT was launched on 6th October 2015 and replaced TCM. TNT is also a high definition channel with a unique mix of acclaimed movies and market-premiering, original series.

TNT programming line-up enhances the viewing experience by appealing to both movie fans and those who appreciate cinematic, high-octane drama series. It serves the CEE audience not only a selection of movie hits from Warner Bros. and other Hollywood studios but also never-seen-before TNT original series.

The first TNT series to launch in the Sunday evening slot is The Last Ship, executive- produced by Michael Bay and starring Eric Dane (Grey’s Anatomy). Next up, TNT programs more original productions including Proof, Public Morals and Agent X.

The movie line-up includes the globally successfull Jason Bourne and Back to the Future trilogies, and other acclaimed blockbusters such as Hannibal, The Curious Case of Benjamin Button, Dawn of the Dead, The 40-Year Old Virgin, The Big Lebowski and 8 Mile. 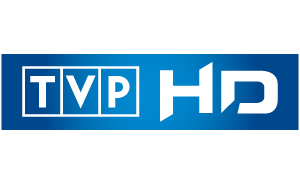 MME is proud that was able to include to the offer TVP’s channels which present high quality general entertainment, news, culture and sports programing for Poland. 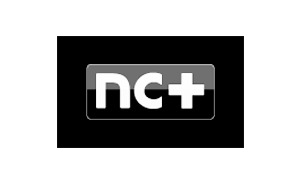 Be sure your guests have access to the highest quality television. nc + channels can be retransmitted by hotels, motels, resorts, guest houses and other commercial entities providing accommodation services.

The package for hotels in Poland contains nearly 100 television channels in many language versions: Polish, English, German, Italian, Spanish, Russian, French, Chinese and Japanese among the others. .

MME provides cruise ships with high quality news and general entertainment channels available in multiple languages including, French, Spanish, German and Russian among the others.

This website uses cookies to improve your experience while you navigate through the website. Out of these, the cookies that are categorized as necessary are stored on your browser as they are essential for the working of basic functionalities of the website. We also use third-party cookies that help us analyze and understand how you use this website. These cookies will be stored in your browser only with your consent. You also have the option to opt-out of these cookies. But opting out of some of these cookies may affect your browsing experience.
Necessary Always Enabled

Any cookies that may not be particularly necessary for the website to function and is used specifically to collect user personal data via analytics, ads, other embedded contents are termed as non-necessary cookies. It is mandatory to procure user consent prior to running these cookies on your website.